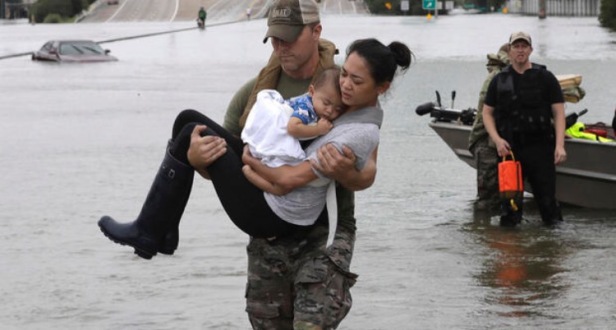 It was nice to see this country come together at such a trying time. Hurricanes ripping through communities, tearing down homes and businesses…leaving many individuals with nothing. Funds were raised, donations were made and help was offered. Citizens using their own money and their own cars to go and help anyone who needed it. It was a sight to see. You thought maybe this country was making a break through, but that seems to be far from the truth. Now that the water has receded and many have began to rebuild, it is evident that people are back on their bullsh*t. The double standards of America and the lack of accountability is at an all time high.

Donald Trump goes on national television and refers to NFL football players participating in the anthem protest as a “son of bitch” and that they should be fired. He’s so pressed about this, but had nothing to say about KKK & Neo-Nazi’s out rallying, beating up African Americans or anyone who didn’t support their movement. 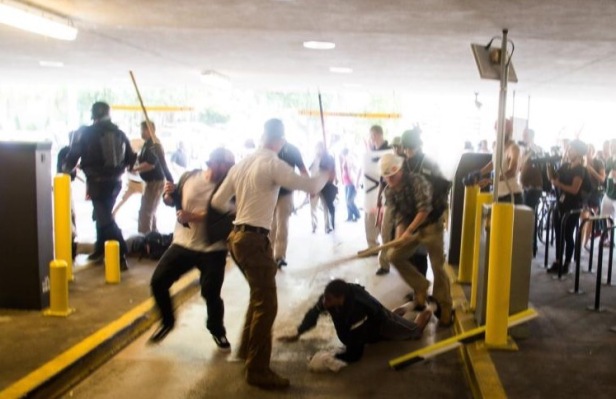 Harassing innocent people because they felt like it. He claimed that these people had a right to be out there and did absolutely nothing about it.  He comes at Jemele Hill for calling out white supremacy, asks for her to be fired (this isn’t The Apprentice douche bag) but had nothing to say to Miss Texas. Gets all “twitter fingers” as usual telling Steph Curry he is uninvited to the White House, but I don’t recall him calling out Tom Brady for not showing up. Double standards, oh the lovely double standards. Meanwhile, he’s throwing a temper tantrum because he feels like people lack respect for him….but what president do you know would act this way? What president or human being in general would expect to be respected when they do not give anyone respect? I don’t think he realizes what title he holds. It’s like I’m watching a circus literally. Lol I’m laughing because at this point, I don’t know what else to do.

Oh and don’t let me forget the individuals and their fake patriotism. Please cut the crap. You claim to be so mad at them kneeling at the game even though it says loud and clear “Those able and willing please stand.” Those W I L L I N G.

Define willing: ready, eager, agreeable to do something. Agreeably compliant.

More than half of you will be at home sitting with a beer in one hand and chips in the other while the national anthem is being played. I thought everyone needed to stand?

Let me give a few ways that the flag isn’t supposed to be used, but it’s done everyday yet no one says a thing.

“No part of the flag should ever be used as a  costume or athletic uniform.”

“….or otherwise impressed on paper napkins or anything that is designed for temporary use and discard.”

“The flag should never be used as wearing apparel, bedding or drapery.”

Oh definitely like this! (I do not care if she is saluting because I know one of you trolls will probably mention that)

That doesn’t count though right? Y’all aren’t offended. It isn’t disrespecting the flag nor the military. You’re just mad that BLACK people aren’t listening to you. You’re mad that it’s bringing awareness to what’s going on. Colin Kaepernick wasn’t kneeling to disrespect the military or the flag and since people seem to have selective reading skills and comprehension I’ll post again for the 9298448382962 time why he is doing it.

“I am not going to stand up to show pride in a flag for a country that oppresses black people and people of color,” Kaepernick told NFL Media in an exclusive interview after the game. “To me, this is bigger than football and it would be selfish on my part to look the other way. There are bodies in the street and people getting paid leave and getting away with murder.” 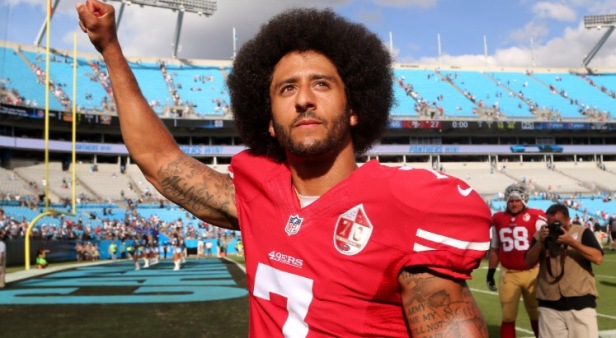 So be mad. Show your true colors. Continue to respond irrationally with your “well leave this country” ignorance. Further proving the point of his protest. All while contradicting your love for this country, negating the first amendment. People of color only seem to have rights when they’re doing what this country wants. As long as you be a good ole boy and shuck and jive accordingly you”ll be alright.  It’s a time out for that. It’s time to stop looking the other way. It’s time to start coming together and seeing the bigger picture. It’s no longer about comprehending or understanding what’s going on. It’s clear as day what is occurring in America and solely based on a choice at this point. If you choose to turn the blind eye, understand that you have chosen the side of the oppressor. That is your choice, that is your life, but you will no longer be a part of mine.

2 thoughts on “Screw You and Your Fake Patriotism.”