The Tuskegee Syphilis Experiment was an infamous clinical study conducted between 1932 and 1972 by the U.S. Public Health Service studying the natural progression of untreated syphilis in rural African American men in Alabama under the auspices that they would receive free healthcare from the United States government. The Public Health Service started working on this study during The Great Depression in 1932 in collaboration with Tuskegee University, a historically black college in Alabama. 600 impoverished African American sharecroppers enrolled in the study. Among these men, 399 had contracted syphilis before the study had began and 201 never had the disease before. The men were given free medical care, free meals and free burial insurance (if needed) for participating in the study. 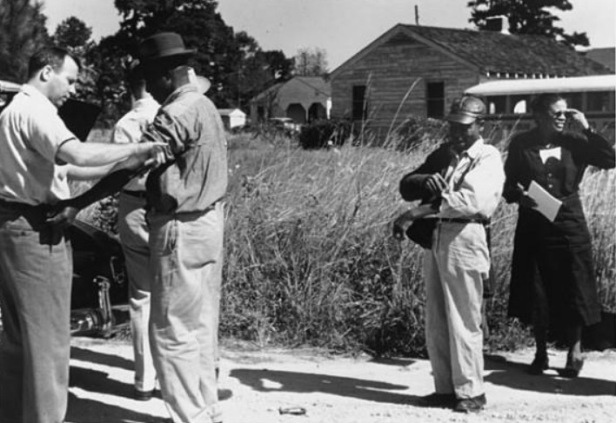 Though the true nature of the experiment was kept from the subjects to ensure cooperation, these individuals were still willing participants. These sharecroppers grossly disadvantaged life made them easy to manipulate. Pleased at the thought of free medical care (because most had never seen a doctor before) these unsophisticated and trusting men became the pawns of “the longest nontherapeutic experiment on human beings in medical history.”

So where exactly did this experiment go wrong?
It was when the funding for treatment was lost, but the study was continued without informing subjects that they would never be treated again. None of the men who were infected were told that they had contracted disease, and even after penicillin was proven to cure them the antibiotic was not used. The experiment that originally was being conducted to see  how syphilis affected African Americans as opposed to whites- the theory being that whites experienced neurological complications from syphilis and blacks were more susceptible to cardiovascular damage had took a turn for the worse. Now it was “human beings used as laboratory animals in a long and inefficient study of how long it takes syphilis to kill someone.” According to Center for Disease Control, the men were told they were being treated for “bad blood,” a term used for various diseases.

To ensure that the men would show up for the painful and potentially dangerous spinal taps, the doctors sent out letters stating “Last Chance for Special Free Treatment.” The fact that autopsies would be necessary were concealed as well. A doctor stated,“If the colored population becomes aware that accepting free hospital care means a post-mortem, every darky will leave Macon County…” 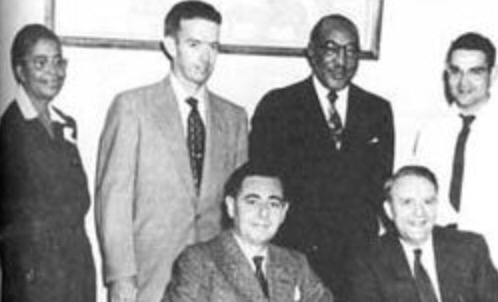 At the end of the experiment 28 of the men had died directly of syphilis, 100 were dead of related complications, 40 of their wives had been infected, and 19 of their children had been born with congenital syphilis. These doctors and nurses (pictured above) felt nothing ethical had been amiss even after the experiment received public scrutiny. Under the glare of publicity, the government ended their experiment, and for the first time provided the men with effective medical treatment for syphilis. Fred Gray, a lawyer who had previously defended Rosa Parks and Martin Luther King, filed a class action suit that provided a $10 million out-of-court settlement for the men and their families.

The 40-year study was controversial for reasons related to ethical standards because researchers knowingly failed to treat patients appropriately after the 1940s validation of penicillin as an effective cure for the disease they were studying. Revelation in 1972 of study failures by a whistleblower led to major changes in U.S. law and regulation on the protection of participants in clinical studies. Now studies require informed consent, communication of diagnosis, and accurate reporting of test results.

“The United States government did something that was wrong—deeply, profoundly, morally wrong. It was an outrage to our commitment to integrity and equality for all our citizens. . . . clearly racist.”

—President Clinton’s apology for the Tuskegee Syphilis Experiment to the eight remaining survivors, May 16, 1997

One thought on “Black History They Didn’t Teach You In School: Tuskegee Syphilis Experiment ”