Happy Tuesday! I couldn’t wait to talk about such an iconic time. I’m actually a day late, but better late than never. Thanks to Amoeba music in lovely California I was able to snag this snazzy cup (see you in the summer).

October 16, 1968…. The United States was deeply divided (nothing new of course). Vietnam War, Civil Rights Movement, Assassination of Martin Luther King Jr. and John F. Kennedy, the beating of protesters during the National Democratic Convention. Absolute chaos. But on this day, 49 years ago Tommie Smith and John Carlos did the unthinkable an unfortunately to this day are still paying for it.

Smith and Carlos, winners of the gold and bronze medals, respectively, in the event, had come to the ceremony dressed to protest: wearing black socks and no shoes to symbolize African-American poverty, a black glove to express African-American strength and unity. (Smith also wore a scarf, and Carlos beads, in memory of lynching victims.) As the national anthem played and an international TV audience watched, each man bowed his head and raised a fist. After the two were banished, images of their gesture entered the iconography of athletic protest.

Their medal protest was relatively spontaneous. They decided what they would do while waiting in the athletes lounge for the ceremony to begin, though they had been active in the civil rights movement long before arriving in Mexico City.  Along with Harry Edwards, one of their professors at San Diego State University, Smith and Carlos had organized a group called the Olympic Project for Human Rights (OPHR). It was created to try and encourage African-American athletes to boycott the games.

Th Olympic protest was truly an amazing and defining moment, but it’s unfortunate the toll it took on their life. They returned home with a wave of different responses. Carlos talks about receiving anonymous death threats and believes that’s what lead to his wife’s suicide in 1977.

“One minute everything was sunny and happy, the next minute was chaos and crazy,” he says. Smith recalls, “I had no job and no education, and I was married with a 7-month-old son.” 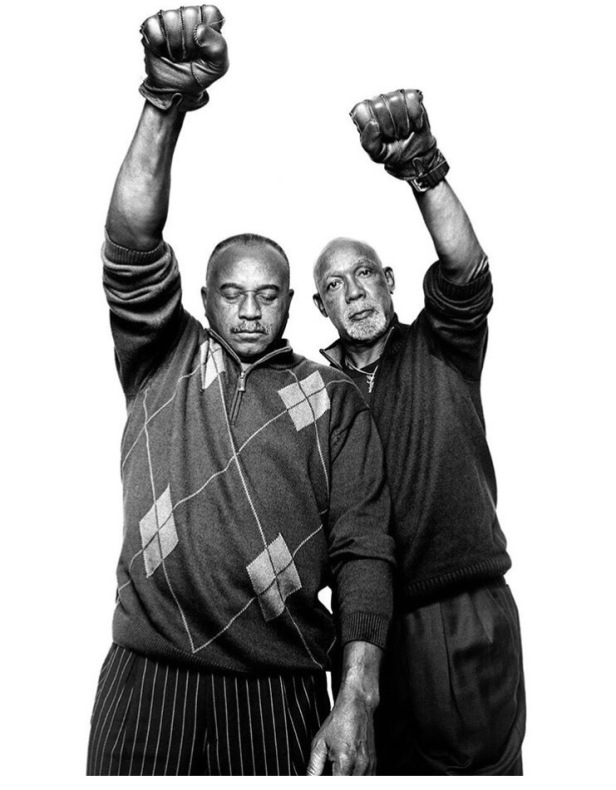 I obviously wasn’t alive during this time, but I get so moved by the story. It gives you the chills and a sense of pride to know we aren’t want the media makes us out to be. It was an honor to get to see the statue in The National Museum of African American History (yes this is my photo, yes I was crying by the time we reached this point. 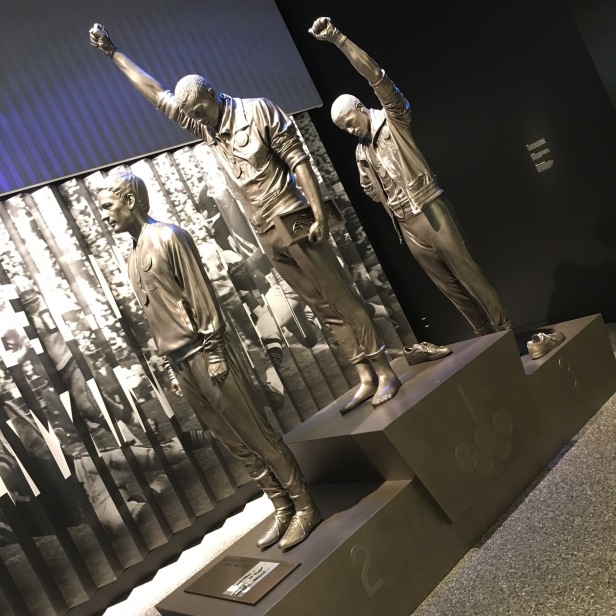 I understood the observation rooms and why they are were so necessary in the museum because your emotions truly get the best of you. I remember the goosebumps, the tightness in my chest, the tears filling up in my eyes. It was beautiful, yet so heart tugging. You realize how far we’ve come, but how the world still systemically finds more sophisticated ways to hold us back. We’ve been fighting for so long.
On October 17, 1968, Olympic gold medalist Tommie Smith and bronze medalist John Carlos were forced to return their awards for raising their fist in a black-power salute during the medal ceremony. They were asked to leave the Olympic Village immediately. Smith and Carlos were called, “black-skinned storm troopers,” and the the act at the time was considered to be “nasty” and “ugly,” Tommie Smith’s “un-American activities” got him discharged from the Army.

Though over time, the public opinion began to shift on the event, history seems to be repeating itself. We must stay vigilant and continue to fight the good fight. I admire what they did and I hope eventually more will see why Colin Kaepernick kneels. “An injustice anywhere is a threat to justice everywhere,” and if we will not be heard…we will be seen.

“There’s no reason for the establishment to fear me. But it has every right to fear the people collectively-I am one with the people.”